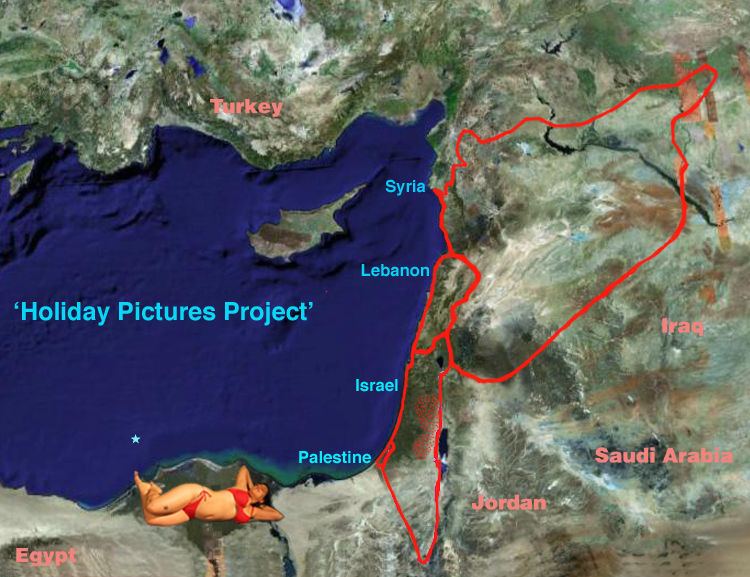 ‘Holiday Pictures project’ is a documentation of a possible vacation. It is an attempt to escape. It follows a desire to take a day-tour along the middle-east coastline; starting in Syria in the sunrise, going down to Lebanon for lunch, continuing to Israel for an afternoon and ending up in Palestine for a sunset.

A fantasy, realized in collaboration with:

To my request, the collaborating artists e-mailed me photographs from their country’s part of the coast. The photographs were edited to a movie. To which I inserted an animated character, performing tourist uses to the landscape.

The movie serves as the base line for the ‘Holiday Pictures Performance’, a 25 min, trialogue between two videos and live performance by the tourist Anat Stainberg, as she holds on to her melting ice cream.

‘Holiday Pictures Project’ performed in different venues and structures, amongst others;

Premiered as a studio performance during the ‘urban fetish’ events curated by Ong Kengsen, at the Tanzquartier Vienna, April 2006.

The project was constructed as a site specific installation with a live performance, part of the ‘Art in War’ festival, curated by Chris Keulemans, production of the Schouwburg Utrecht September 2006.