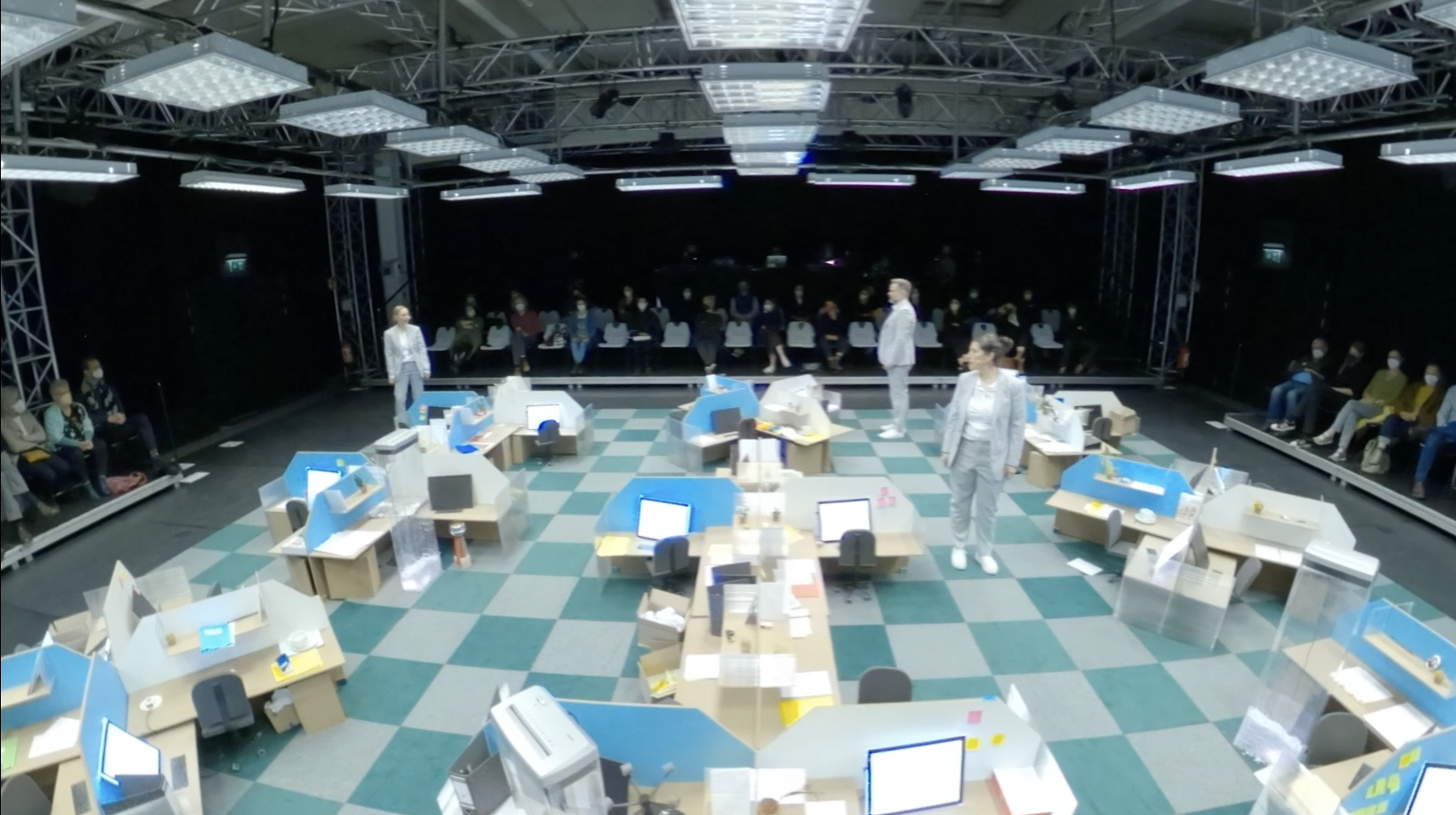 The Art of Asking Your Boss for a Raise is a hilarious account of an employee losing his identity, and possibly his/her sanity, as he/she tries to put on the most acceptable face for the corporate world, with its rigid hierarchies and hostility to new ideas. If he/she follows a certain course of action, so this logic goes, he/she will succeed, but, in accepting these conditions, are his/her attempts to challenge his/her world of work doomed from the outset?

Text by Georges Perec, adapted to the stage and directed by Yosi Wanunu, co-production of Toxic Dreams and Brut Wien, performances at Brut Wien 2021.

all images taken from documentation video made by Michael Strohmann.